IE10 and below are not supported.

You need to be signed in to add your comment. 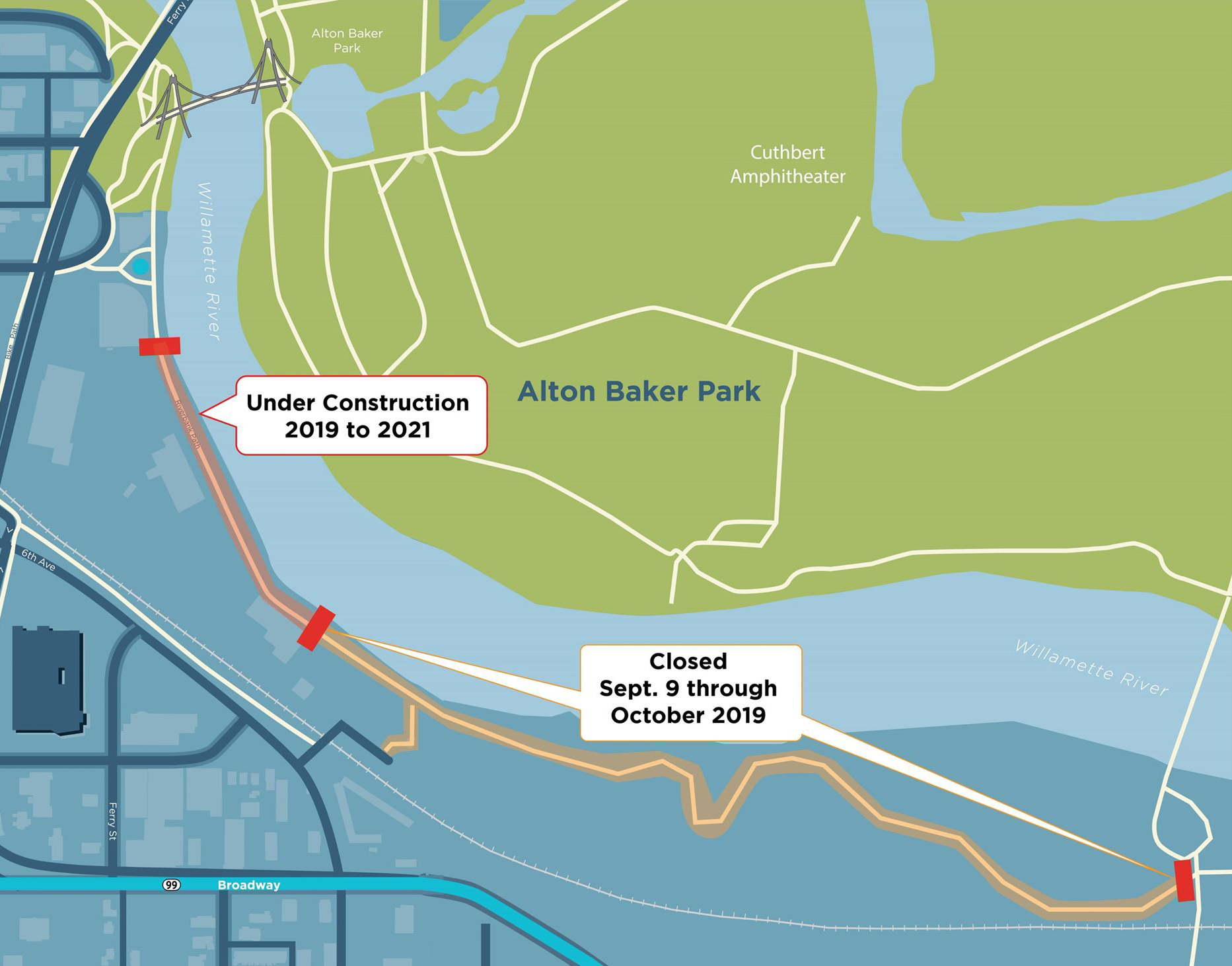 Starting Monday, September 16, construction crews will close the second portion of the South Bank Path, between the Hilyard Street connection and the Frohnmayer Bridge. This new closure will effectively close the path between the DeFazio and Frohnmayer bridges. People should detour through Alton Baker Park.
The Eugene Water and Electric Board is closing the Hilyard Street connection to remove significant contamination from the site of a former manufactured gas plant (MPG). Operation at the MPG facility in the early 20th century provided people in Eugene with a reliable source of heat and light, but also left behind an oily waste product. This project will reduce the risk of release of contamination to the Willamette River while laying the foundation for improvements for the Downtown Riverfront site.
The work is expected to last through October. The South Bank Path will reopen upon completion.
For more information about EWEB’s work, visit www.eweb.org/mgp.
Categories: downtown, riverfront, parks
Share on Facebook Share on Twitter Share on Linkedin Email this link